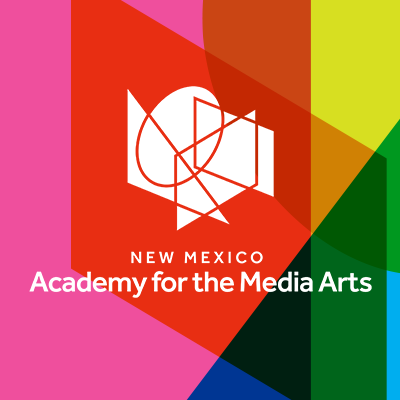 With Netflix building out its campus, NBC Universal constructing a major production studio and rumors of other permanent production companies moving to Albuquerque, there is an optimistic job outlook for locals being drawn into the film industry. The New Mexico Film Office hosts a directory of film jobs, featuring everything from acting jobs to post production gigs. According to the film office, 19 productions in New Mexico had a budget over $1 million last year. The film office also reported that in FY 20 over 250,000 crew days were worked. Even with productions shutting down in March last year. That means there’s a lot of potential for local job creation.

So what are those jobs? There are the prestigious above-the-line jobs (screenwriters, producers and actors) and the well-paid below-the-line jobs (production assistants, set dressers, electricians and other crew members). Keeping up with the industry’s crew needs is an ongoing challenge, but there are several high schools and college training programs to help keep our talent in state.

Middle, high school and college students in the Albuquerque area are lucky ducks to have filmmaking electives in just about all the public high schools. Even more lucky is that there are four public charter schools which feed into several of the state’s film and media programs, Central New Mexico Community College, Institute for American Indian Arts, University of New Mexico and New Mexico State University. These high schools are offering focused tracks for film, digital arts and many other media, film and production careers.

The four Albuquerque-based charter schools have accredited, rigorous reading, writing and STEM curricula but hands-on educational tracks to learn basic and even advanced technical digital and filmmaking skills. Each of the schools has hands-on intern programs, giving students real-world experience.

The Digital Arts & Technology Academy, or DATA as it is called, is a seventh through 12th grade, fully accredited charter school. It currently has about 300 students. DATA  gives students the opportunity to learn many aspects of film—from film theory to directing, from production to digital editing. It offers a theater track where there are classes in acting, along with playwriting/screenwriting, makeup and costuming. A couple of interesting niches are this school’s classes in architectural design, drafting and upgrading and repairing personal computers. DATA has what is called the career exploration wheel where ninth-graders get a glimpse of all the career and technical courses offered to see what they like and what may be a good fit.

The Media Arts Collaborative Charter School, or MACCS, is a sixth through 12th grade school with a robust dual credit program, giving students a head start on college credits. It currently has about 200 students. MACCS offers film and TV production, film history, documentary film, journalism, broadcasting, the business of media, animation, screenwriting and media literacy. MACCS gives hands-on experience with broadcast and filmmaking equipment such as Tricasters in the school’s state-of-the-art greenroom studio.

Next Step, Get Involved

All of these charter school programs can feed students into careers through the Central New Mexico Community College. CNM offers three certifications in film programs: post production, construction for film and film crew technician. It offers an Associate of Arts degree in film and an Associate of Applied Science in film production.

Some of the classes offered are for crew skills, such as camera operation, grip (lighting), sound and electric. Others are intended for cinematography, directing, post-production and film editing. Got the acting bug? Then there are acting classes, voice and movement classes. For those students who want to swing a hammer, there are carpentry classes specifically for movie sets.

CNM started its film tech program because out-of-state productions were having a hard time finding local talent that was trained. Wanting to keep those dollars in state, and for New Mexicans to have a fair shot at actually working on movies that are filmed here, CNM built its program. It’s pretty affordable, considering the schools says almost all graduates are able to begin careers immediately as crew members working on movies, television, and visual production. The school offers scholarships, and the state’s financial aid is also available.

BOX: The state has built a strong film economy, and thousands of jobs are needed to keep these productions going once they start up again. There’s an opportunity here for more job creation and more training to support the industry and support the economy.

Interested in breaking into the film industry? The state film office makes it easy to apply for jobs, by heading to their job board. They also offer classes and workshops on everything from acting improv to stunt training. The local film union IATSE Local 480 also offers classes, but you’ll need to be a member to attend. They represent film techs and crew working “below-the-line” on TV and movie productions. There are also SAG-AFTRA branches representing actors and a Teamsters branch representing blue-collar and professional workers. Check out more at nmfilm.com